Southwest has always been one of our favorite and go-to airlines, but after two major flight fiasco recoveries by Southwest they have sealed themselves as our #1 favorite airline!

Adam thought that setting his alarm on vibrate was sufficient enough to wake him up. He was very wrong as he slept through his alarm for 4 hours! We woke a little over an hour after his original flight to St. Louis departed. Even disheveled, we were in complete panic mode. Adam was on his phone trying to find the cheapest flight from Dallas to St. Louis. As you can imagine, the prices were high! On the other hand, I was calling Southwest. Someone picked up the call fairly quickly and told me that if we made it to the ticketing desk two hours after his original flight took off, Adam could fly standby with no additional fees. I hung up the phone so fast after I said thank you and told Adam to grab his suitcase and get out the door!

For once I was allowed to drive as fast and safely as I wanted and managed to make a 30 minute drive in 20 minutes. Adam made it safely to the ticketing desk with eight minutes to spare. He even made it through security and onto the NEXT flight out to St. Louis within 40 minutes. Somehow, fate was with Adam that day. 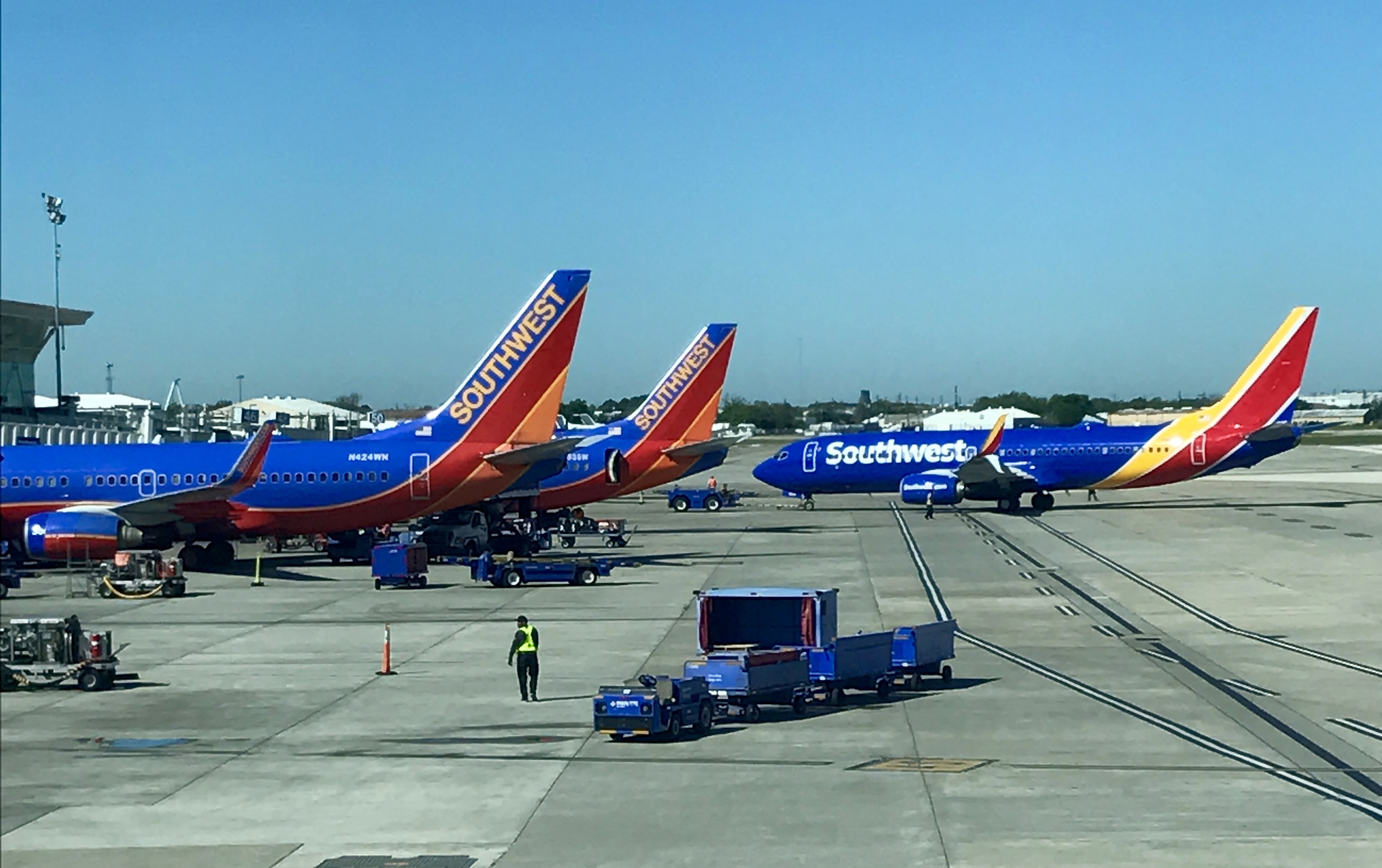 In case you were wondering, even though he had a rough start, he ended up having a great bachelor weekend.

We love how Southwest has great policies in order to help their guests when they make a silly mistake. They understand that people make mistakes everyday. Instead of kicking us when we are down, they give us a second chance to catch our flights!

Christina Booking the Wrong Flight to her Girls Reunion!!!

When you book your flight do you check your confirmation email or do you feel confident that everything is okay? I typically feel confident, but will still take a quick look and make sure everything is okay. When it is a serious flight, say to Africa, I triple check, but a quick weekend getaway to Houston, Texas…..no I did not bother to check.

The story begins when my girl friends and I decided to have a reunion and do a girls weekend. Sounds perfect! Four out of the six of us all live in Texas, in fact they all live no more than three hours away – that is saying a lot since Texas is a huge state. Mary lives in Orange County, California, while I live in the Washington D.C. area. With that being said, I was helping Mary find Southwest flights while I had another tab open to find my own flight. When I went to purchase my flight everything was correct until I clicked purchase and my confirmation said Los Angeles to Houston! I quickly called Southwest and they changed my flight for Washington D.C. to Houston.

Fast forward to two months later, Adam and I were flying from St. Louis back to D.C. and had a layover in Atlanta. For weeks he had been asking, “what time do I need to drop you off at the airport”? As the stubborn woman I am, I would shrug him off and say we can check later. So, while we were grabbing dinner in our one hour Atlanta layover, two days before I am supposed to leave for Houston, Adam asks me again to check my flight. I finally obliged and when I went to my inbox I had an email from Southwest that read “check-in for your flight tomorrow”, I thought to myself, “well that cannot be right, my flight is in two days”. WRONG! I quickly learned that I rebooked my flight a day early. When I checked prices for the correct flight departure, the prices were astronomical! Uh-oh.

There were two things that needed to happen. One, I had to go to work the next day because I had already been gone for three days. Two, I had to make it to my girls reunion because I had not seen them in over a year. Frantically I called Southwest only to be placed on hold for 40 minutes. When they answered my flight was ready to take off, therefore I had to hang up. So for the next hour and a half in the air I was panicking because I was scheduled to leave for another flight in 6 hours.

When we landed I did the only thing I could think of – I went to Southwest’s baggage claim. A woman named Lana, asked if we needed help and I almost cried telling her my situation. The first words out of her mouth were, “oh I can change that flight for you with no charge”. I said, “what! You can”? We ended up going to the ticketing desk only to find that the computers were locked out and she couldn’t change my flight. Luckily, Lana did not take no for an answer, thank goodness. She said the computers would open at 4:15am and she would change my flight then. We exchanged numbers and I gave her a tip as a thank you, along with a hug as I almost broke down in tears.

At home I waited for her phone call, but it never came. So I called her, no answer. I waited five minuted then called again, no answer. Another five minutes I called and left a voicemail. At this moment I started to freak out again and called Southwest on Adam’s phone. They quickly picked up, but did not give me the answer I wanted to hear. They said it would cost me $300 extra to change my flight even though I told them Lana was changing it for free. This woman was not budging, but low and behold Lana called me on my cell! I placed the other woman on hold and answered Lana. She came through!!!! She told me she changed my flight, but it was not as direct flight anymore – I didn’t care! She apologized for not calling sooner, she had got tied up with other tasks, but told me that she ALWAYS keeps her word. Yes Lana, yes you do! I then placed Lana on hold to have the other woman online refresh my confirmation and she confirmed it had changed. We hung up and I thanked my flight savior Lana one last time. She told me that sometimes you just need the right person.

I truly got lucky in this situation and let me tell you…. I learned my lesson! I am no longer going to be stubborn and check my flight two days beforehand. I will check it immediately and weeks before my departure. Thank you Lana! 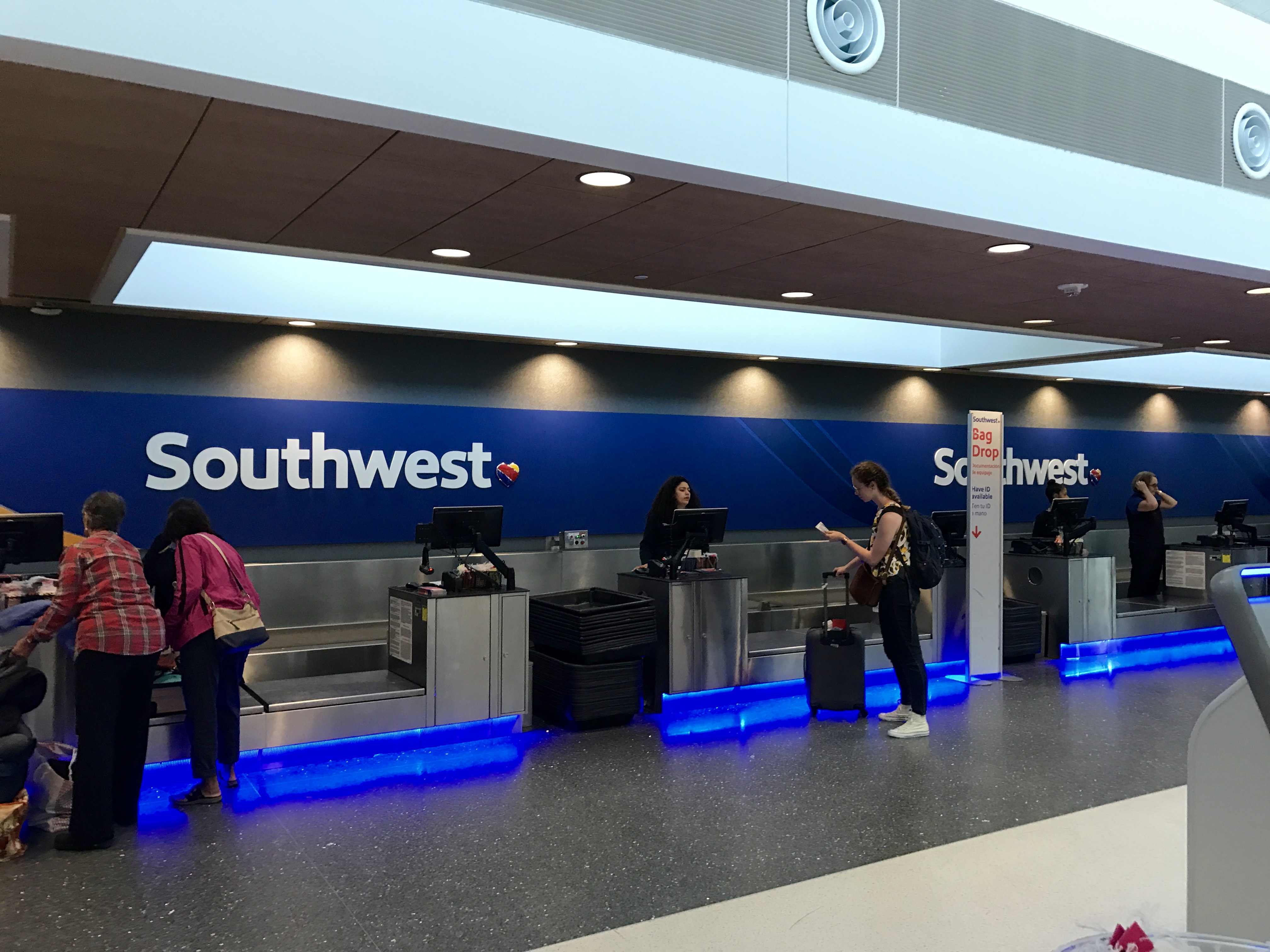 This initiative of Lana is why we love flying with Southwest. Southwest is known for being customer service orientated and they refer to it as Southwest LUV. I was also told by another Southwest representative that Lana has Southwest warrior spirit ability. They also explained that every agent is trained to have the authorization to make any changes to a reservation they see fit. If it makes sense, agents can make decisions out of gestures of good will. If agents are hesitant because they do not want to get in trouble, but want to make the change, then they can have someone consult the situation. Though my situation was based on my terrible mistake, Lana saw my dilemma and made a difference to change it. Will everyone get the same outcome, no, but at least you know that Southwest has great customer service that has the potential to resolve it.

Thank you Southwest for your awesome customer service and policies!

We think we should just stick to what we do best….travel with only each other! 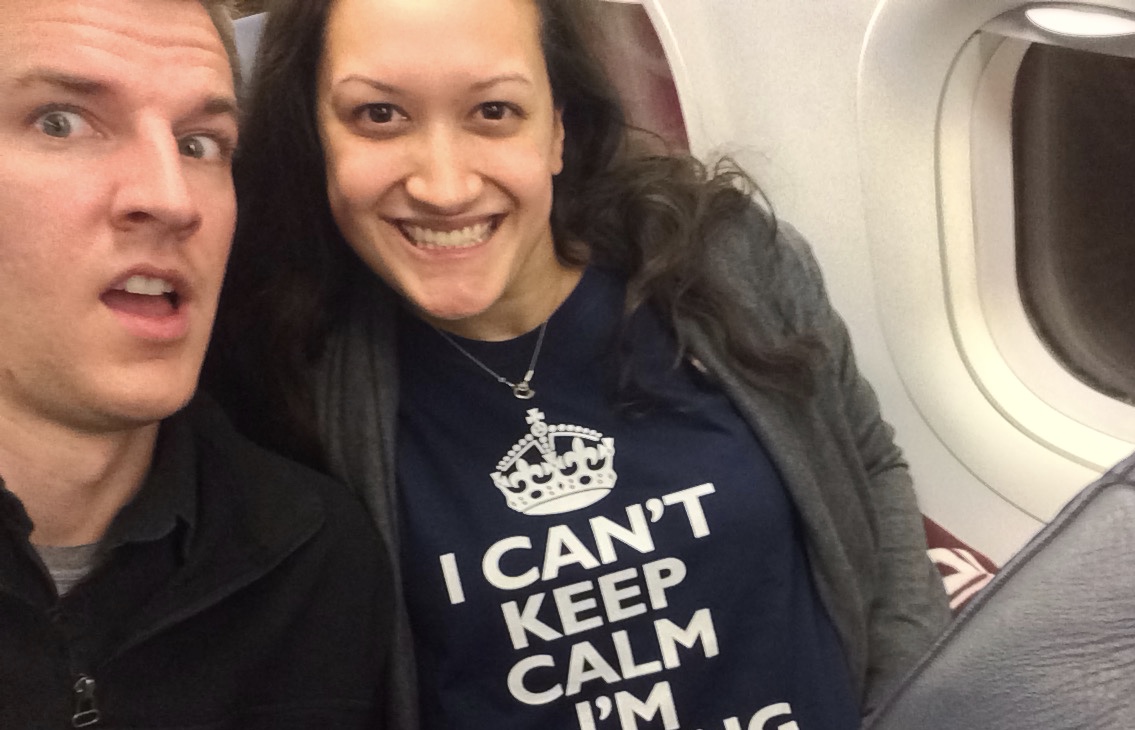 If you would like to read more flight fiasco stories head over to our friend’s blog, The Traveling Teacher, for her post about Surviving Your Flight – Stories and Advice For Dealing With Airlines and Airports.

Who is your favorite airline and why? We would love to hear your story. 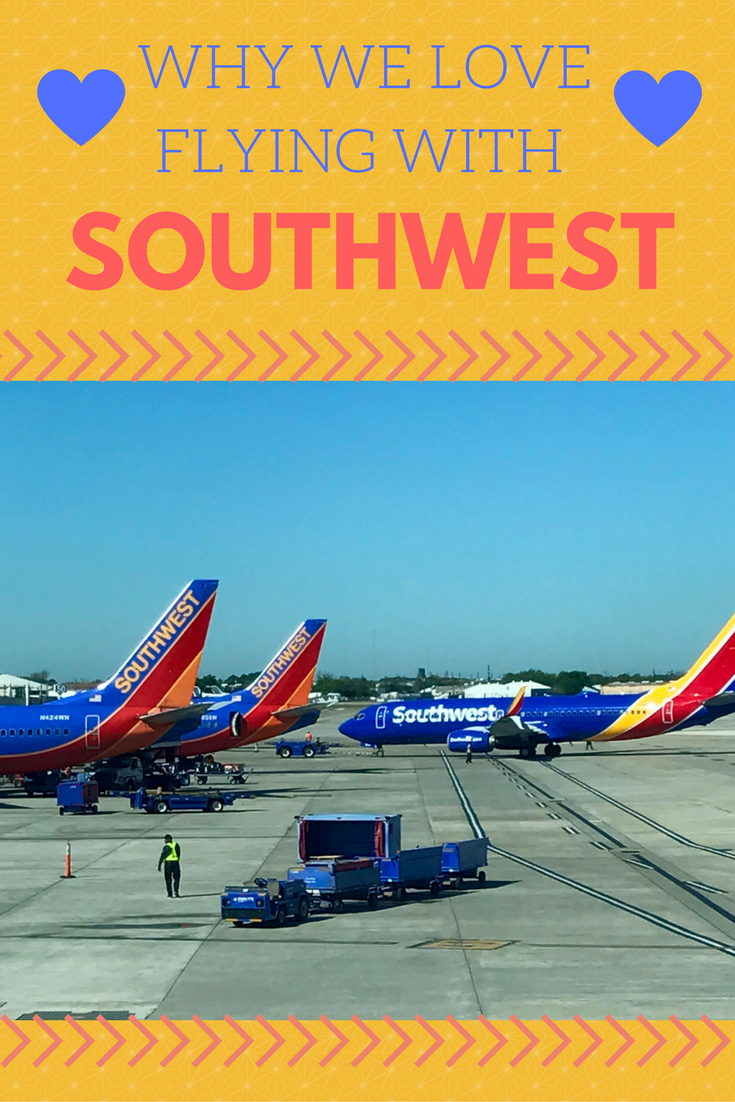 A good airline with excellent customer service really does make quite a difference. At the end of the day, so many of us have either booking problems or sudden things that pop up in our lives affecting our flights. It's good to know there are some airlines that are willing to recognise this and work for a better solution for customers rather than trying to just make money off someone else's misfortunate.

Wow, this was a well said comment. We could not agree with you more. Which is why we fly Southwest ever chance we can.

I haven't tried Southwest ever! Maybe next time! I'm thinking they might be similar to Canada's Westjet?

We have never been to Canada nor flown with Westjet so we cannot compare :( We hope to soon though!

I am from Europe and have never had a flight with Southwest. It is good to know they have so good customer service. Really respectable!

If you ever fly between cities in the United States, we highly recommend Southwest :) What is Europe's best airline to fly with?

I agree. Airlines don't usually go out of their way to accommodate mistakes made by passengers. Southwest has usually been smooth for us and we have never faced issues.

I've never flown with Southwest before, but that's so reassuring that they'll go out of the way with their customer service. I've flown with a number of airlines that do not, which is unfortunate. Lana is a gem.

We see you are from Canada. We wish Southwest flew to and from Canada! If you ever ave to fly between cities in the U.S. definitely go for Southwest. First two bags fly free too :)